The Middle East, meanwhile, enters crisis. Two main factors drive the region's problems. One, the fundamentalist Muslim mind-set is particularly unsuited to the fluid demands of the digital age. The new economy rewards experimentation, constant innovation, and challenging the status quo—these attributes, however, are shunned in many countries throughout the Middle East. Many actually get more traditional in response to the furious pace of change. The other factor driving the crisis is outside their control. The advent of hydrogen power clearly undermines the centrality of oil in the world economy.

By , with the auto industry in a mad dash to convert, the bottom falls out of the oil market. The Middle Eastern crisis comes to a head. Some of the old monarchies and religious regimes begin to topple. An even more disturbing crisis hits Africa. While some parts of the continent, such as greater South Africa, are doing fine, central Africa devolves into a swirl of brutal ethnic conflict, desperate poverty, widespread famine and disease.

In the introduction of biological weapons in an ethnic conflict, combined with the outbreak of a terrifying new natural disease, brings the death count to unimagined levels: an estimated 5 million people die in the space of six months—this on top of a cumulative death toll of roughly million who perished prematurely over the previous two decades.

The contrast between such destitution and the spreading prosperity elsewhere finally prods the planet into collective action. Every nation, the world comes to understand, ultimately can only benefit from a thriving Africa, which will occupy economic niches that other nations are outgrowing. It makes as much practical as humanitarian sense. The regeneration of Africa becomes a prime global agenda item for the next quarter of the century. Riding the wave of the booming economy brings other major social and political repercussions.

Fundamental shifts in technology and the means of production inevitably change the way the economy operates. And when the economy changes, it doesn't take long for the rest of society to adapt to the new realities. The classic example is the transformation of agricultural society into industrial society.

A new tool—the motor—led to a new economic model—capitalism—that brought great social upheaval—urbanization and the creation of an affluent class—and ultimately profound political change—liberal democracy. While that's a crude summation of a complex historical transition, the same dynamic largely holds true in our shift to a networked economy based on digital technologies. There's also a commonsense explanation.

When an economy booms, money courses through society, people get rich quick, and almost everybody sees an opportunity to improve their station in life. Optimism abounds. Think back to that period following World War II. A booming economy buoyed a bold, optimistic view of the world: we can put a man on the Moon, we can build a Great Society, a racially integrated world. In our era, we can expect the same.


By about , the United States economy is doing so well that the tax coffers begin to swell. This not only solves the deficit problem but gives the government ample resources to embark on new initiatives. No longer forced to nitpick over which government programs to cut, political leaders emerge with new initiatives to help solve seemingly intractable social problems, like drug addiction.

No one talks about reverting to big government, but there's plenty of room for innovative approaches to applying the pooled resources of the entire society to benefit the public at large. And the government, in good conscience, can finally afford tax cuts.

A spirit of generosity returns. The vast majority of Americans who see their prospects rising with the expanding economy are genuinely sympathetic to the plight of those left behind. This kinder, gentler humanitarian urge is bolstered by a cold, hard fact.

European Encounters in the Age of Expansion — EGO

The bigger the network, the better. The more people in the network, the better for everyone. Wiring half a town is only marginally useful. If the entire town has phones, then the system really sings. Every person, every business, every organization directly benefits from a system in which you can pick up a phone and reach every individual rather than just a scattered few.

That same principle true holds for the new networked computer technologies. It pays to get everyone tied into the new information grid. By , this mentality sinks in. Almost everyone understands we're deep into a transition to a networked economy, a networked society. It makes sense to get everyone on board. The welfare reform initiative of begins the process of drawing the poor into the economy at large. At the time, political leaders aren't talking about the network effect so much as eliminating a wasteful government program.

Nevertheless, the shakeup of the welfare system coincides with the revving of the economy. Vast numbers of welfare recipients do get jobs, and the great majority eventually move up to more skilled professions. By , the end of the initial five-year transitional period, welfare rolls are cut by more than half. Former welfare recipients are not the only ones benefiting from the new economy.

The working poor hovering just above the poverty line also leverage their way up to more stable lives. Even those from the hardened criminal underworld migrate toward the expanding supply of legitimate work. Over time, through the first decade of the century, this begins to have subtle secondary effects.

The underclass, once thought to be a permanent fixture of American society, begins to break up. Social mobility goes up, crime rates go down. Though hard to draw direct linkages, many attribute the drop in crime to the rise in available work. Others point to a shift in drug policy. Starting with the passage of the California Medical Marijuana Initiative n , various states begin experimenting with decriminalizing drug use.

Alongside that, the failed war on drugs gets dismantled.

Both initiatives are part of a general shift away from stiff law enforcement and toward more complex ways to deal with the roots of crime. One effect is to destroy the conditions that led to the rise of the inner-city drug economy. By the second decade of the century, the glorified gangsta is as much a part of history as the original gangsters in the days of Prohibition.

Immigrants also benefit from the booming economy. Attempts to stem immigration in the lean times of the early s are largely foiled. 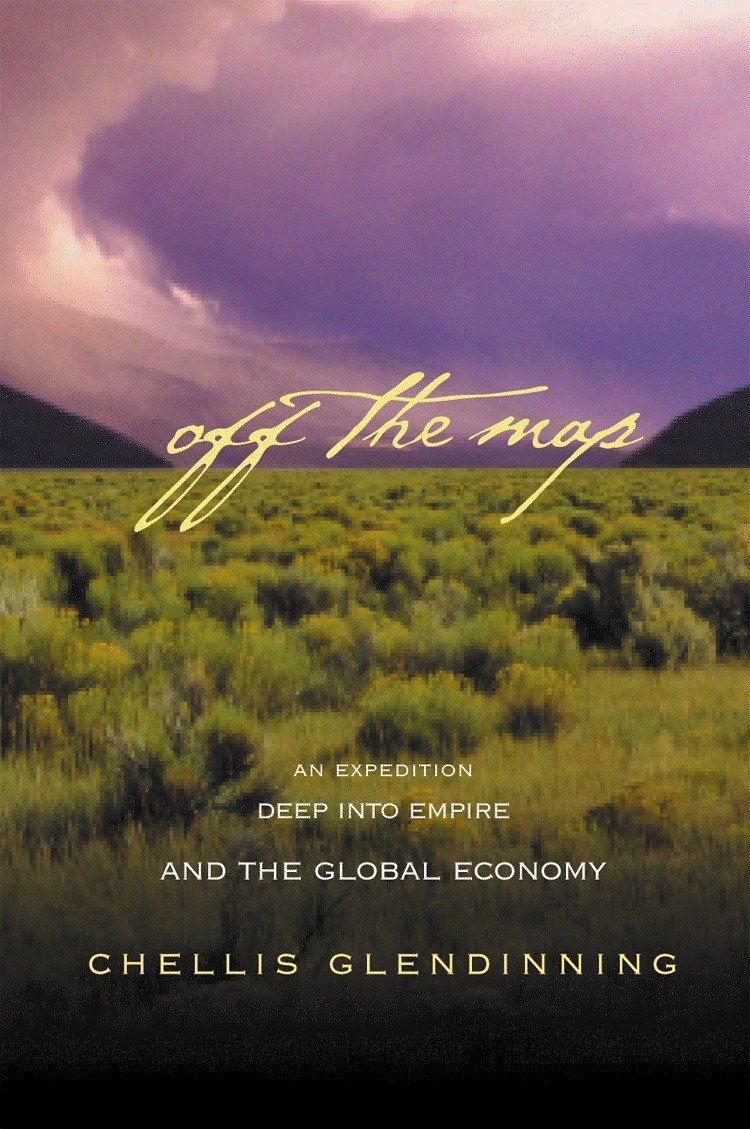 By the late s, immigrants are seen as valuable contributors who keep the economy humming—more able hands and brains. By the first decade of the century, government policy actively encourages immigration of knowledge workers—particularly in the software industry, which suffers from severe labor shortages. This influx of immigrants, coupled with Americans' changing attitudes toward them, brings a pleasant surprise: the revival of the family. The centrality of the family in Asian and Latino cultures, which form the bulk of these immigrants, is unquestioned.

As these subcultures increasingly flow into the American mainstream, a subtle shift takes place in the general belief in the importance of family. It's not family in the nuclear-family sense but a more sprawling, amorphous, networked sense of family to fit the new times.

Education is the next industrial-era institution to go through a complete overhaul—starting in earnest in The driving force here is not so much concern with enlightening young minds as economics. In an information age, the age of the knowledge worker, nothing matters as much as that worker's brain. By the end of the s, it becomes clear that the existing public K school system is simply not up to the task of preparing those brains. For decades the old system has ossified and been gutted by caps on property taxes.

Various reform efforts gather steam only to peter out. First George Bush then Bill Clinton try to grab the mantle of "education president"—both fail. That changes in the election, when reinventing education becomes a central campaign issue. A strong school system is understood to be as as vital to the national interest as the military once was. The resulting popular mandate shifts some of the billions once earmarked for defense toward revitalizing education. The renaissance of education in the early part of the century comes not from a task force of luminaries setting national standards in Washington, DC—the solutions flow from the hundreds of thousands of people throwing themselves at the problems across the country.

The s and s see the emergence of small, innovative private schools that proliferate in urban areas where the public schools are most abysmal. Many focus on specific learning philosophies and experiment with new teaching techniques—including the use of new computer technologies.

Beginning around , the widespread use of vouchers triggers a rapid expansion in these types of schools and spurs an entrepreneurial market for education reminiscent of the can-do ethos of Silicon Valley. Many of the brightest young minds coming out of college are drawn to the wide-open possibilities in the field—starting new schools, creating new curricula, devising new teaching methods.

They're inspired by the idea that they're building the 21st-century paradigm for learning.

Beginnings of the Persian expedition

The excitement spreads far beyond private schools, which by are teaching about a quarter of all students. Public schools reluctantly face up to the new competitive environment and begin reinventing themselves. In fact, private and public schools maintain a symbiotic relationship, with private schools doing much of the initial innovating, and public schools concentrating on making sure the new educational models reach all children in society.

Higher education, though slightly less in need of an overhaul, catches the spirit of radical reform—again driven largely by economics.